The Road of The Abbeys 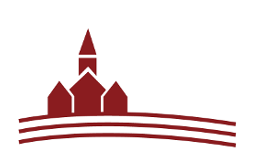 From Morimondo to San Pietro in Gessate

From Abbiategrasso the route goes back in the Parco Agricolo Sud Milano and on to Milan-San Cristoforo Station along the Naviglio Grande, the first of the Milanese canals, built in the twelfth century. Wanting to go on by byke, follow the canal: Saturdays and Sundays you can transport your bike on the train and so return to the city using railway interconnections with the S9 line of the railway link to St Christopher Station.
From Abbiategrasso in 6.5 km we are in Vermezzo town, with the baroque Church of San Zeno and the fifteenth Pozzobonelli palace. Another 7 km, after the village of Vigano Chartreux with the ancient Certosa and Guzzafame farmstead (info point Parco Agricolo Sud Milano), Gaggiano comes up with the beautiful Villa Aloardi and the eighteenth-century palace Venini Uboldi; just beyond the baroque sanctuary Baroque S. Invenzio (1620), a bridge leads to the left bank of the canal, where there are the sixteenth-century Villa Borromeo d'Adda and the farm Di Donato del Conte with the frescoed Chapel of the Virgin (1482). East of Gaggiano, you reach Boscaccio Lake, natural reserve with birdlife and a particularly rich fish fauna. On the other bank of the waterway, Trezzano sul Naviglio preserves the sixteenth century church of St. Ambrose; in Centennial Park there is an info point Parco Agricolo Sud Milano. Also along the canal you'll reach (4.5 km) Corsico, his the past as an active agricultural center is documented by Guardia di Sotto and Guardia di Sopra farms. Just over 1 km south, in Buccinasco - where there is an info point Parco Agricolo Sud Milano in Terradeo - the Fagnana farmstead includes within it the thirteenth century castle. In about 6 km you reach Milan and the station of Saint Christopher and, over the footbridge Milani, the church of St. Christopher al Naviglio. Continuing the waterway beyond the dock door per Corso Ticinese, you gain the inner ring road, reaching (6.2 km) Corso di Porta Vittoria and the church of San Pietro in Gessate. From the church going eastwards over Porta Vittoria, Corso XXII Marzo and viale Corsica to take on the right via Mecenate and then return to Monluè.